…past, present and future 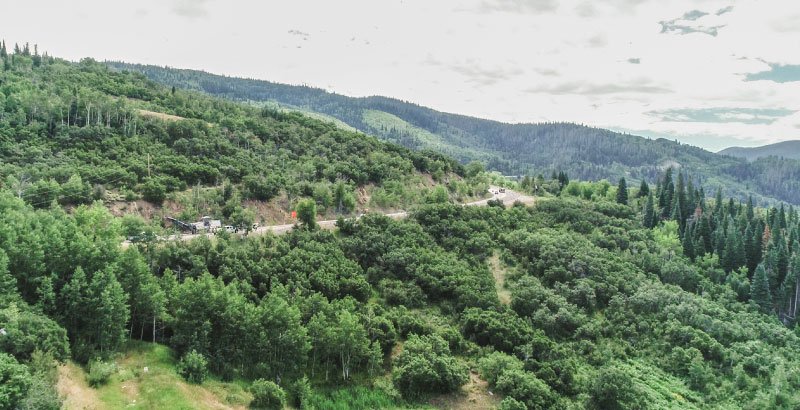 “The Colorado Department of Transportation has released details on a $6.4 million construction project that will involve road repairs and repaving on a stretch of U.S. 40 from the Walton Creek Road intersection on the east side of town to the west summit of Rabbit Ears Pass. The project is scheduled to begin April 30 and will continue into October.” Source: The Steamboat Pilot – FULL ARTICLE

This project is winding down, with minimal impact on our serine location, and we’re grateful for the ease of access this newly paved road allows to the Bella Vista Resort. Certainly, in the past, access was not to be taken for granted.

In 1969, Bob Adams purchased some property perched on Rabbit Ears Pass from George Woods. Bob Adams passed away in 1982 and was the owner of Energy Fuels, a part owner of the Denver Broncos, and an ardent philanthropist. At the time of purchase, the only dwellings on the property were a barn and a tiny caretaker’s house. Just off the old Route 40, the local Steamboat Springs residences were referred to it as the house on Rabbit Ears Pass. No address was necessary because it was the only house on the pass.

Eventually, the property was renamed the Chateau at Lake Catamount. Adams made many additions to the property. The main house was expanded to 5,500 square feet, and a 2,000 square foot two-story log cabin, with separate upper and lower cabins was added as a guest house. A 2,670 square foot caretaker’s house, a regulation size tennis court, and a 20’x40′ heated swimming pool were also added.

The last of the additions was a 1,000 gallon jetted Jacuzzi and a master bedroom in the main house. The Jacuzzi was designed by Maj Hagman, wife of Larry Hagman, best known for playing  J.R. Ewing on the television show “Dallas.” Bob Adams’ daughter once remarked that the Jacuzzi had a jet for almost every body part. For more than thirty years, the Adams family used the property as a family retreat.

We love the history of this property and embrace the evolution of it and what is to come!